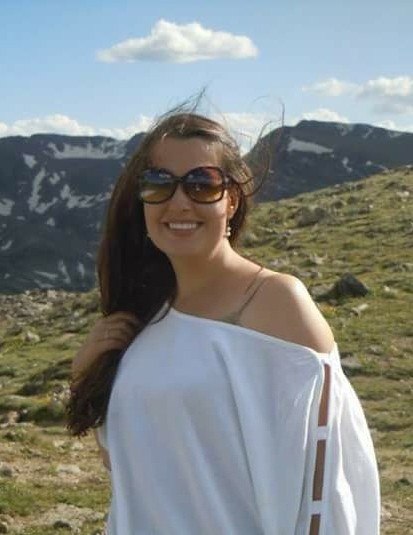 Barbara’s father and one niece, Rebecca Grundy preceded her in death.

Barbara was a long-time resident of West Chester, OH.

Her childhood home was in McCreary County, KY. She graduated from Cumberland College in Williamsburg, KY in 1999 with a degree in Psychology and English.

She was a mom first and foremost. It was a mother’s love that gave her the will and strength to fight her cancer for over 2 years. She fought with a smile on her face and in her heart. Her life was devoted to her kids and every other child she encountered. She was affectionately known in the neighborhood as “Mama Grace.” She loved crafts, reading, and enjoyed planning and volunteering at a variety of school events. She spent many happy hours helping at Liberty Early Childhood School, Union Elementary, and Hopewell Jr School. She is already planning the most elaborate Book Fair Heaven has ever seen- complete with costumes, games, photo booths, and the most colorful banners and balloon sculptures one could imagine.

Visitation will be held at Pine Knot Funeral Home on Saturday, October 28, 2017, from 12:00 pm to 2:00 pm with a service to follow at 2:00 pm.  The Reverend Braxton King will be officiating. The burial will be at the Grundy Family Cemetery in Pine Knot, KY.

In lieu of flowers, the family requests that contributions be made to her son’s Relay for Life American Cancer Society Team at Relay for Life Noah's Page.

To order memorial trees or send flowers to the family in memory of BARBARA MAE GRACE, please visit our flower store.