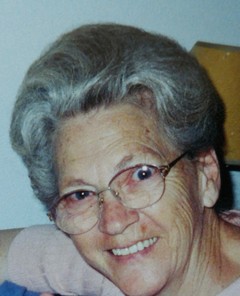 Joan was an associate at WalMart for many years, having last worked in the home lines department. She had been a beautician in her earlier years.  She was a member of the South Pine Knot Church of God.  She enjoyed fishing, gardening, sewing and crafts.  She enjoyed music and playing the piano and organ.  Most of all, she loved spending time with her family and those precious great-grandchildren.

Born in Lee County, Virginia, on January 22, 1936, she was the daughter of the late Hugh and Hassie (Wallen) Bledsoe.  Besides her parents, she is preceded in death by her son Randall Wayne “Randy” Hamiln and granddaughter Traci Lyn Hamlin Adkins.  She is also preceded in death by brothers: M.D., .H.C., Jr., Roy, Bill and Eulice Bledsoe and two sisters: Barbara Hammonds and Madge Asbury.

Funeral services will be held Friday, November 20, 2015, at 8:00 p.m. in the chapel of Pine Knot Funeral Home with Rev. Cyrus Byrd officiating.  Burial will be at the Bledsoe Cemetery in Stickleysville, Virginia on Saturday, November 21, 2015, at 1:00 p.m.

To order memorial trees or send flowers to the family in memory of BETTY JOAN HAMLIN, please visit our flower store.