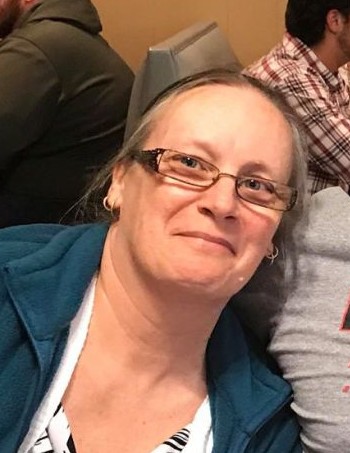 Betty Irene Ridner age 57 of Whitley City, Kentucky, passed from this life on Wednesday, September 26, 2018 at the UK Medical Center in Lexington, Kentucky.

She was born on March 28, 1961 in Washington D.C. to the late Buford and Ann Kidd. In addition to her parents, she is preceded in death by a step-son, Russell Ridner, a brother, Jimmy Kidd, a sister, Rose Cooper, two half-brothers: Andy Kidd and Oran Kidd, a half-sister: Gertrude Bussell, and the father of her daughters: Elmer “Peanut” McCulley.

Betty was a homemaker and member of the Greenwood Freedom Worship.  She enjoyed attending her grandson’s football games.  She cherished her family and loved caring for them and for others.

Funeral services will be held on Saturday, September 29, 2018 at 5:00 pm in the chapel of Pine Knot Funeral Home. Burial to follow in the Pine Knot Cemetery. The family will receive friends on Saturday after 3:00 until time for the funeral service.

To order memorial trees or send flowers to the family in memory of Betty Irene Ridner, please visit our flower store.