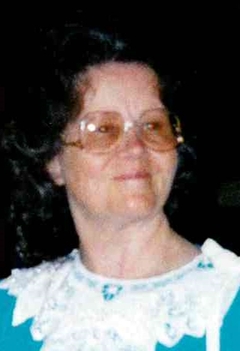 Funeral services were held on Saturday, August 2, 2016, at 4:00 p.m. in the chapel of the Pine Knot Funeral Home with Bro. William Kilby officiating. She was laid to rest at the Pine Knot Cemetery.  Serving as pall bearers were Joey Braden, Barry Braden, Greg Chaney, Doug Chaney, Tristen Norfleet and Zack Chaney.

Born January 5, 1928, in Pine Knot, she was the daughter of the late Oda and Pearl (Stephens) Cooper. Also preceding her in death was her husband Earl Braden when he passed away on October 27, 2006; her son Gary Braden; four brothers Herman, James, Raymond, and Robert Cooper; three sisters Thelma Graham, Betty Baird, and infant sister Dicie Geneva Cooper; and her ex-daughter-in-law Donna Wilson.

Beulah was a member at the Marsh Creek Baptist Church. She loved her flowers, enjoyed gardening, quilting, family time, talking to people, and her dogs.

To order memorial trees or send flowers to the family in memory of Beulah K. Braden, please visit our flower store.