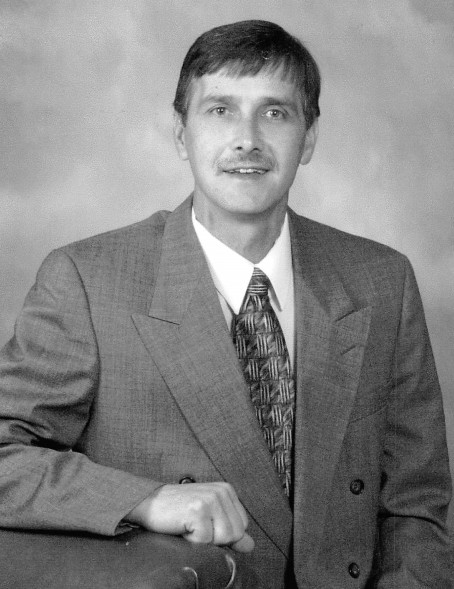 Blaine Phillips was born on November 20, 1952 in the Mountain View section of McCreary County. He spent his last moments at the Lake Cumberland Regional Hospital surrounded by loved ones, at the age of 67.

Blaine was a 1970 graduate of McCreary High School and a 1974 graduate of Eastern Kentucky University.  He met Kathy Bruce from the Stearns area. The two were married on January 25, 1975 at Mountain View Church and were married 45 years.

Blaine began his teaching career in 1974 at Revelo Elementary School and was a basketball coach for 7th and 8th graders.  He taught several different subjects and several different grades during his 27 years of teaching.  Blaine was also a magistrate, first sworn in by Floyd Frasure on January 5, 1982.  He was also with McCreary Flower Shop for 23 years with his sister Micky Maxwell and wife Kathy Phillips.  He later became County Judge Executive on December 19, 2002 and was sworn in by Judge Winchester.  He was elected for a second term on December 15, 2006 and sworn in by Judge Kathy Prewitt.  He was a member of the Masonic Lodge and an Honored Kentucky Colonel.  Blaine and Kathy also ran SouthWay Stop and Go in Strunk for almost 11 years.

Blaine was baptized at a young age and was a member of Mountain View Church for many, many years.  He recently moved his membership to Walkers Chapel in Parkers Lake where Darren Kidd is the pastor.  He sang in church often with his brothers and sisters and was a devoted Christian man.  They also sang at numerous homecomings, funerals, and many church events.

He loved family reunions and get togethers on the family home on Rattlesnake Ridge.  He was an excellent Rook Player and a fierce competitor at Horseshoes.  But, most of all he just really loved spending time with his family and loved ones.  He was also known for being quite the prankster with his sister Laura.  He came into this world with his twin brother Wayne and has been inseparable ever since.  He loved having a farm and raising animals and planting a garden.

Survivors include his wife Kathy Phillips, one daughter LeighAnn (Brandon Blois) of Louisville and one son Dustin (Rachel Phillips) of Corbin.  Five grandchildren – Hayden Fineisen, Hunter Fineisen, Taylor Phillips, Rex Phillips and Brynlee Phillips.  His twin brother Wayne Phillips (Patsy Lee) of Stearns.  Two sister in laws Julie Phillips of Stearns and Debbie Phillips of Muncie, IN and a brother in law Winfred Clark of Somerset.  Numerous nieces, nephews and cousins on the Phillips and Crisp side of his family.

Blaine Phillips was known for his big heart and kindness and for always thinking of others before himself.  He never met a stranger and was always willing to help everyone.  He was a loving husband and an amazing father and “pappy” and everyone truly felt so blessed to have him in their life.  He will be greatly missed and his memory will be cherished always.

To order memorial trees or send flowers to the family in memory of Blaine Phillips, please visit our flower store.