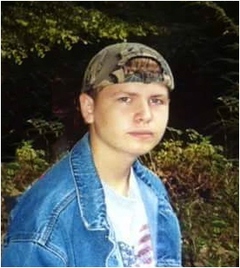 Charles Ray Murphy of Stearns, Kentucky, passed from this life at the age of 27.

Charles was born in Somerset, Kentucky, on February 21, 1989, the son of Anthony Murphy and Trisha Wilson.   He is the grandson of Brenda Murphy, Kenneth Charles Murphy (deceased), Rayford Wilson, Grace McCarty, and great grandson of Laura Mae Murphy.

He is the husband of Jennifer Swain-Murphy, father of Carra RayAnn-Sky Murphy, step-father of Sierra Ridener, Hailey Helton, and Gavin Perry.  He is the brother of Chelsie Renee Murphy, Angel Wilson, Devon Murphy and Tyler Murphy, the grandfather of Bentley Ryan Chase Abbott, and the uncle of several nieces and nephews.

Charles was a student at the Somerset Community College, McCreary Center and of the Baptist faith.  He enjoyed being in the woods and fishing.

In lieu of flowers please make donation to the funeral home.

To order memorial trees or send flowers to the family in memory of CHARLES RAY MURPHY, please visit our flower store.