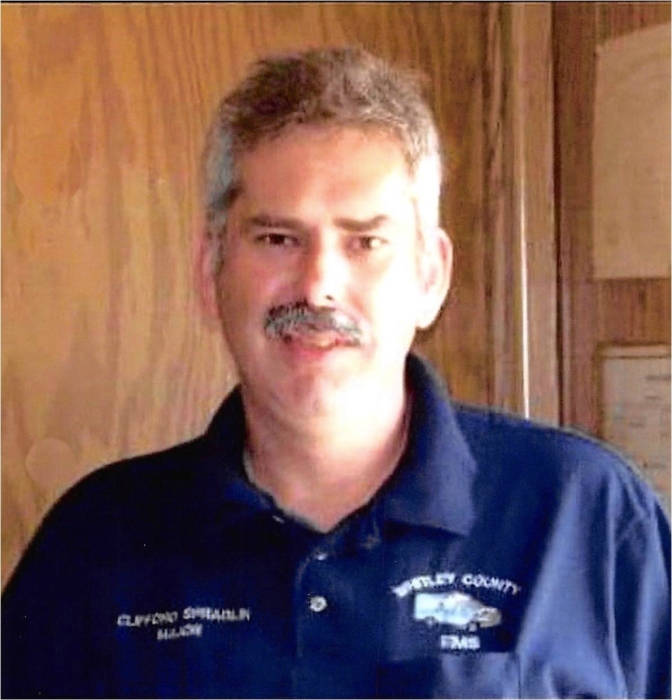 Born October 7, 1966, in Tiffin, Ohio, he was the son of Eddie Arlie and Joyce (Vanover) Spradlin.  He is preceded in death by his father.

Clifford had worked in emergency medical services for some 28 years.  He was a paramedic, an EMT and had worked for Whitley County EMS, Jackson County EMS, Jellico Regional EMS as well as McCreary County EMS.  He had also been a fire fighter.  He was a certified diesel mechanic.  He enjoyed mud bogging, hunting and fishing and he was a jokster loving to make people laugh.

Funeral services will be held Wednesday, December 6, 2017, at 1:00 p.m. in the chapel of Pine Knot Funeral Home with Bro. Doyle Wallace officiating.  In keeping with his wishes, his remains will be cremated with burial to follow at the Taylor Cemetery in Sawyer at a later date.

To order memorial trees or send flowers to the family in memory of CLIFFORD SPRADLIN, please visit our flower store.