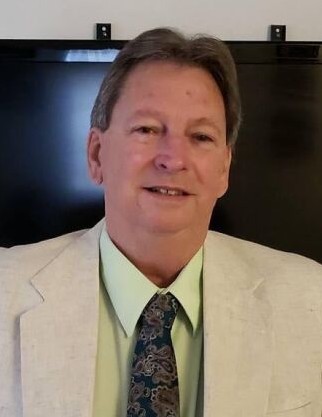 Clinton Gay gained his Heavenly Wings on Friday, March 19, 2021 in Ft. Pierce, Florida with his loving wife Fran, son Scottie, and grandson Ryland by his bedside. He was 73 years, 1 month, and 1 week old.

He was born February 12, 1948 in Hyden, Kentucky to Delbert Gay and Anna Lea (Begley) Gay. In a few years, he became a big brother and protector to 3 sisters, Sandy Gay, Judy Gay Hall, and Kathee Gay. Then later in life, Cathy Taylor whom he loved like another sister.

In 1965, Clinton graduated from Oneida Baptist Institute and to this day, he loved the school and was proud to tell everyone that he had graduated from OBI. For a while, Clinton worked for the CIA in Washington, D.C. He carried many secured documents from the White House to Andre’s Air Force Base. Later he joined the military (Army) and followed in his father’s footsteps. After enlisting, in 1967 he was sent to Vietnam where he served his country for 13 months. He was a Sargent-E5 in the 101st Airborne 3/506 infantry. He received the COMBAT INFANTRY badge, the BRONZE STAR, the ARMY COMMENDATION METAL, and 5 PRESIDENTIAL UNIT CITATIONS. He was very proud of serving his country, even though some people were not.

When he came home, he enrolled in college; receiving a Bachelor’s Degree in Language Arts, Physical Education, and Driver’s Education. Clinton loved sports and his heart was set on coaching. He went on to become an Assistant Coach and Head Coach at Oneida Baptist Institute, as well as schools in Leslie County, Powell County, and ended up staying in McCreary County.

In 1985, Clinton, along with Norman Parson and Louie Cordell, started football at the McCreary Central High School. Their first official football season was in 1988. Clinton coached McCreary Central Football at two different intervals. At McCreary, he had the first winning season, won the first district game, and was the first coach to take a team to a district play-off game. He will forever be known as "Coach Gay".

In August of 1988, he met Fran Branscum at a Professional Development In-Service at McCreary Central High School. She thought he was the most egotistical man she had ever met. Their first date, he invited her to a football game that Friday night. Afterwards, he cooked her supper and made a homemade peach pie. Love at first bite! Later that year, the two had planned a wedding for the first weekend of December, but due to football state playoffs, the wedding was rescheduled to December 17. From that day forward, the two were inseparable. Fran who was also a teacher, had her Bachelor’s Degree in Elementary Education, so they decided to go back to school and get their Master’s Degrees together.

To this union Clinton brought three children and Fran brought one; Joel Combs, Scottie Bell, Elizabeth Gay, and Laura Gay. Also included was a very special niece, Teresa Borizilleri, that he loved so very much.

Clinton enjoyed cooking for his extended family; mother-in-law, Donna Branscum, brothers and sisters-in-law, Roger and Sol Branscum, Robert and Rebecca Branscum, and Thomas and Sherry Branscum. No one ever turned down a home cooked meal that Clinton made. If you have eaten his cooking, you know why.

Preceding him in death are his parents; his father-in-law, Roger Branscum, a sister, Judy Hall, and his nephew, Jeffery Roberts.

Clinton was a good husband. He and Fran were married 32 years, 3 months, and 2 day. He was a good father, grandfather, and great-grandfather. But mostly, he was a child of God. With that, comes a great blessing because we know that we will see him again. There will be no covid and no sickness. He will be whole and his body will be brand new.

Per Clinton’s wishes, he was cremated. A Celebration of Life service will be held on Saturday, April 10, 2021 at 1:30 pm in the chapel of Pine Knot Funeral Home. The family will receive friends for visitation on Saturday after 11:30 am until service time.

In lieu of flowers, the family has asked that donations be made to: United Cumberland Bank  C/O Clinton Gay Scholarship Fund (PO Box 160 Whitley City, KY 42653).

To order memorial trees or send flowers to the family in memory of Clinton Gay, please visit our flower store.