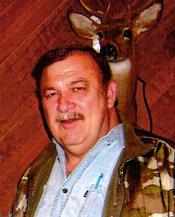 Curtis Ray Young, age 58 of Whitley City passed away on Sunday December 1, 2013 at his home.

Funeral services will be Wednesday at 2pm in the chapel of Pine Knot Funeral Home with Rev. Tim Stephens and Rev. Brent Stephens officiating. Burial will follow in the Barren Fork Cemetery. The family will receive friends on Tuesday from 6-9pm at the funeral home.

Curt was born in Welch, West Virginia on December 24, 1954 to the late Samuel and Lula Reynolds Young. In addition to his parents, he is preceded in death by a brother Samuel Young, and 2 sisters, Ida Philhorn and Norma Young.

There are 2 brothers, Kenneth (Pete) Young of Stearns and Danny Young of Somerset.

Curt has 11 grandchildren and many other children that know him as papaw.

Curt had been a coal miner and enjoyed both hunting and fishing. He was a member of the East Pine Knot Tabernacle Church of God of God and has also been foster parents for over 6 years.

Pine Knot Funeral Home is assisting the family of Mr. Curtis Young in his funeral arrangements.

To order memorial trees or send flowers to the family in memory of CURTIS RAY YOUNG, please visit our flower store.