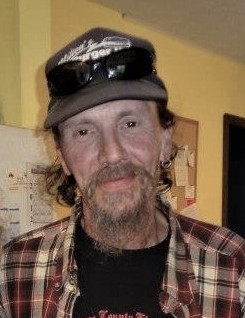 Danny William Bryant age 56 of Pine Knot, Kentucky passed from this life on Sunday, March 26, 2017 at his home.

He was born February 13, 1961 in Marshes Siding, Kentucky to Ambrose Bryant and Pauline (Bryant) Stephens. Besides his father, he is preceded in death by a step-father, Carl W. Stephens; a nephew, William Ambrose Jacobs; and a brother-in-law, Dennis Ball.

Before he became ill, Danny made his living as an auto mechanic. He enjoyed tinkering with vehicles and refurbishing small engines. He also enjoyed fishing and hunting.

Funeral services will be held on Tuesday, March 28, 2017 at 2:00 pm in the chapel of Pine Knot Funeral Home. The family will receive friends after 12:00 noon until service time.

To order memorial trees or send flowers to the family in memory of Danny William Bryant, please visit our flower store.