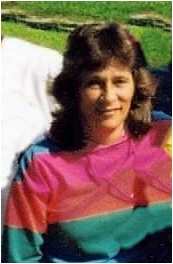 She was born in Jellico, Tennessee, on October 27, 1956, to the late Otis and Beatrice (Helton) Kennedy.  Besides her parents, she is preceded in death by her husband Michael Conrad, two daughters: April and Carolyn Maggard, and a sister, Carol Proctor.

Debbie had been a farmer and worked in tobacco.  She was a member of the Blue John Baptist Church.  She enjoyed playing horseshoe, puzzles and puzzle books, bingo, camping, and she loved her cats.

Funeral services will be at 8:00 p.m. Monday, February 13, 2017, in the chapel of Pine Knot Funeral Home with Bro. Lucas Phillips officiating and Ann Richmond and Israel Clark singing.  Visitation will begin at 5:00 p.m. until time for services at 8:00 on Monday.  In accordance with her wishes, she will be cremated.

To order memorial trees or send flowers to the family in memory of DEBORAH CONRAD, please visit our flower store.