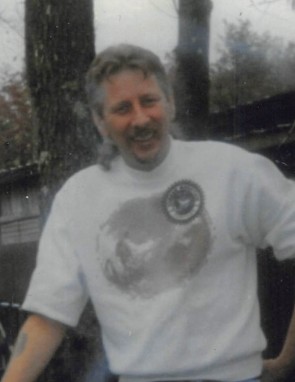 Denvil Lee King age 62 of Strunk, Kentucky passed from this life on Thursday, October 25, 2018 at the UK Medical Center in Lexington, Kentucky.

He was born November 30, 1955 in McCreary County, Kentucky to the late Chester King and Gladys (Davis) King.

In addition to his parents, Denvil is preceded in death by his brothers, Don, Gene, Ronnie, and Arnold King and sisters, Patsy Worley, Sue Chitwood, Patricia "Sissy" Heath, and Shirley Chambers.

Denvil was a member of the Mt. Pleasant United Baptist Church. He enjoyed being outdoors and spending time with his family. Denvil also enjoyed watching Westerns on television.

Funeral services will be held on Monday, October 29, 2018 at 3:00 pm in the chapel of Pine Knot Funeral Home with Bro. Mike Rafferty. Burial is to follow in the Silerville Cemetery. The family will receive friends for visitation on Monday after 1:00 pm until service time at the funeral home.

In lieu of flowers, the family has asked that donations be made to the funeral home to assist with funeral expenses.

To order memorial trees or send flowers to the family in memory of Denvil Lee King, please visit our flower store.