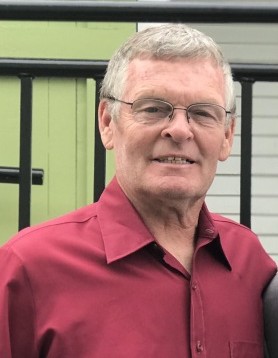 Donald “Donnie” Neal age 64 of Pine Knot, Kentucky passed from this life on Thursday, May 9, 2019 at the Lake Cumberland Regional Hospital.

He was born August 21, 1954 in Jellico, Tennessee to the late Donald Odis Neal and Alma Sally (Baird) Neal. Donnie is also preceded in death by his wife, Norma Sue (Trammell) Neal.

Surviving family include his daughters, Tami Starrett and husband, Chad, and Joy Smith and fiance, Michael Perry; his fiance, Hanna Wright and her daughters, Rhea Gilreath and husband, Ben, and Sheena Pitzer and husband, James; a brother, Jerry Neal and wife, Melinda, and a sister, Judy Neal Braden.

Donnie is also survived by his grandchildren, who he loved dearly, Zachery, Jonah, Logan, Skylar, Jonny, Max, Lyla, and Wyatt, as well as many nieces and nephews.

Donnie was a common man who loved nothing more than being around his family, especially his grandchildren. He enjoyed working and had spent the majority of his life working as a Diesel Mechanic. Donnie also enjoyed being outdoors, fishing and farming.

Funeral service will be held on Tuesday, May 14, 2019 at 5:00 pm in the chapel of Pine Knot Funeral Home with Bro. Chad Starrett and Bro. Mike Neal officiating. Burial to follow in the Pine Knot Cemetery. The family will receive friends for visitation on Tuesday after 2:00 pm until service time at the funeral home.

To order memorial trees or send flowers to the family in memory of Donald "Donnie" Lee Neal, please visit our flower store.