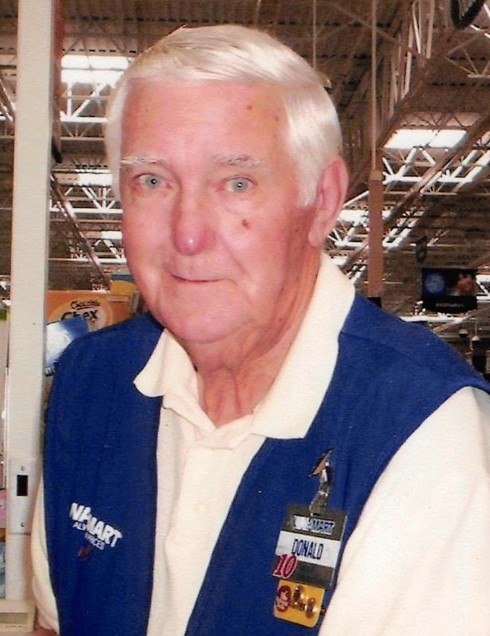 He was born March 28, 1932 in Hazard, Kentucky, the son of the late Hobert Hammonds and Mae (Burkhart) Hammonds. Besides his parents, he is preceded in death by his wife, Edith Hammonds; a step-daughter, Sharon Painter; brothers, Delmar Strong, Charles Strong, and Marion Burkhart; and a sister, Lavada Adkins.

Donald enjoyed working. For over 25 years, he worked at Walmart in Oneida, Tennessee as a greeter and other various positions throughout the store. In his younger years, he had worked as a truck driver. He enjoyed fishing, and watching Nascar and dirt track racing.

The family will receive friends for visitation on Monday, December 26, 2016 from 6:00 until 8:00 pm at the Pine Knot Funeral Home. Burial to be held on Tuesday at 12:00 noon at the Hazel Green Cemetery in Hazel Green, Kentucky.

To order memorial trees or send flowers to the family in memory of Donald E Hammonds, please visit our flower store.