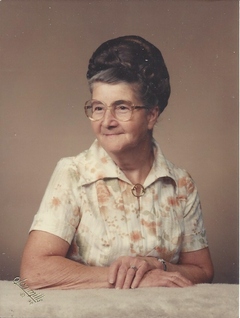 Dorothy Perkins, of Pine Knot, Kentucky, passed away on Friday, May 6, 2016, at the Jean Waddle Care Center in Somerset, Kentucky.  She had attained the age of 94 years, 8 months and 26 days.

Dorothy was a homemaker and member of the Jellico Baptist Church.  She enjoyed gardening and flowers and quilting.

To order memorial trees or send flowers to the family in memory of DOROTHY PERKINS, please visit our flower store.