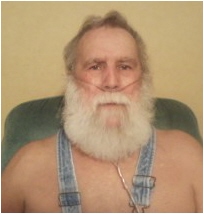 Farron Anthony Genoe, age 61, of Strunk, Kentucky, passed from this life on Friday, January 08, 2016, at the Pioneer Community Hospital in Scott County, Tennessee.

He was born February 8, 1954, to the late Bob Davis Genoe and Mildred (Ball) Tinch.  Besides his parents, he is preceded in death by three brothers: Bob Genoe, Wayne Genoe and Roland Genoe and two sisters: Kay Stephens and Melissa Robbin Genoe.

Farron was a retired cabinet maker.  He was self-employed and had previously worked for Kentucky Cabinets, Whitis Cabinets, Terry King and Jim Whitehead building cabinets.  He was an avid horse lover and enjoyed singing and playing the guitar.

To order memorial trees or send flowers to the family in memory of FARRON ANTHONY GENOE, please visit our flower store.