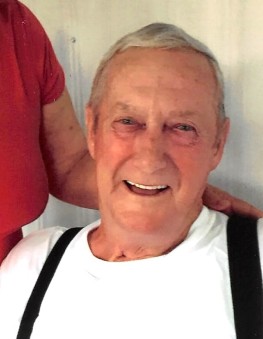 Funeral services will be held Friday, August 10, 2018, at 2:00 p.m. in the chapel of Pine Knot Funeral Home with Bro. Rick Wilson and Bro. Jimmy Crabtree officiating.  The family will receive friends Friday from 12:00 noon until time for services.  Burial will follow at the Crabtree Cemetery in Pine Knot.

He was a heavy equipment operator having worked for Jerry Stephens.  He enjoyed restoring automobiles, rabbit hunting, working in general and going to auctions.  He loved his grandchildren and enjoyed being with his family.

Frank was born on October 2, 1945, at Mud Cut in Pine Knot, the son of the late Crit and Mary Belle (Kidd) Crabtree.  Besides his parents, he is preceded in death by three brothers: Chester Charles Crabtree, Ernest Crabtree and Walter Crabtree and three sisters: Nora West, Dora Maynard and Irene Burke.

Surviving family include his wife, Mary (Spradlin) Crabtree whom he married on October 14, 1967.  Into this union was born four children: David (and Linda) of Chatsworth, Georgia, Robert of Pine Knot, Tammy (and Bert) of Pine Knot, and Christy (and Monte) of Pine Knot, and three grandchildren: McKinsey Wilson, Josh Byrd and Maysyn Daugherty.

He has one surviving brother, Bill Crabtree of Pine Knot and two sisters: Maxine Slavey of Oneida, Tennessee and Lorene Phillips of Stearns, Kentucky, and his special friend and brother-in-law, Tommy Spradlin.

To order memorial trees or send flowers to the family in memory of FRANK DALE CRABTREE, please visit our flower store.