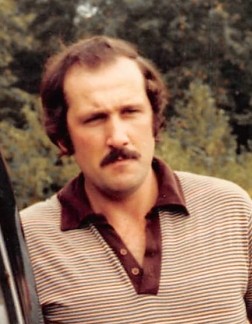 Gale Lynch age 64 of Stearns, Kentucky passed from this life on Saturday, September 7, 2019 at the Jean Waddle Hospice Care Center in Somerset, Kentucky.

He was born February 10, 1955 in Beulah Heights, Kentucky to Ottos Loudermilk and Maxine Cindy (Lynch) Loudermilk. His parents precede him in death.

Gale is also survived by a host of extended family, friends, nieces, and nephews, including a special niece, ReShea Roberts, that he loved dearly.

Gale was a Veteran of the United States Army. In his spare time, he was a movie enthusiast. He loved watching movies, researching the actors, facts, and history behind them. Gale also loved horses and all that involved those. But above all things, Gale loved his family and spending his time with those dearest to him.

Funeral service will be held on Wednesday, September 11, 2019 at 3:00 pm in the chapel of Pine Knot Funeral Home with Bro. Scottie Corder officiating. Burial to follow in the Roberts Chapel Cemetery with full military honors provided by the American Legion Post 115. The family will receive friends for visitation on Wednesday after 1:00 pm until service time at the funeral home.

To order memorial trees or send flowers to the family in memory of Gale Lynch, please visit our flower store.