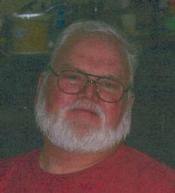 Garry Robin Kidd, age 64 years and one day passed away on Thursday, October 27, 2011, at the University of Cincinnati Medical Center in Cincinnati, Ohio.

Funeral services will be held Thursday, November 03, 2011, at 8 p.m. in the chapel of Pine Knot Funeral Home with Rev. William Kilby officiating. Visiting will be Thursday from 6 a€" 8 p.m.

Born October 26, 1947 in Somerset, Kentucky, he was the son of the late Jessie Earl and Madge Lee Stephens Kidd.

Gary was a furnace operator for Ford Motor Company, and a member of the Melrose Lodge #671, F. & A.M.

He was united in marriage to Jewell D. Kidd, they resided in Sardinia, Ohio, and had two children; Teresa Kidd and Lisa (Jim) Allen, and four grandchildren, Brittany S. and Blake E. Kidd, Megan A. and Caytee J. Allen. He was the brother of Marcella Ryan, Eileen Baird, Sue Tribble, and Lonnie Kidd. He is preceded in death by a sister Joyce Juroska, and three brothers Robert Kidd, Elves Dean Kidd and Denver Gene Kidd.

To order memorial trees or send flowers to the family in memory of GARRY ROBIN KIDD, please visit our flower store.