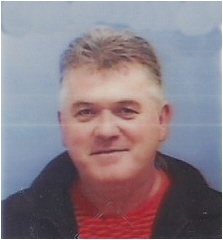 He was born on February 14, 1962, in Cincinnati, Ohio, to Carl Lee Kidd and JoAnn Sellars Perry.  Gary is preceded in death by his father.

Gary had worked as a chef and at Wal-Mart in the paint department for 10 years. He enjoyed being a chef at the Eagles Nest Country Club, gardening, and working in the yard and flowers. Gary was a member at the Bethel Baptist Church.

Funeral services will be held Sunday, November 6, 2016, at 2:00 p.m. in the chapel of Pine Knot Funeral Home with Bro. Dan Ridener officiating.  He will be laid to rest at the Bethel Cemetery.  Visitation will be Sunday from 12:00 noon until time for services.

To order memorial trees or send flowers to the family in memory of Gary Dwayne Kidd, please visit our flower store.