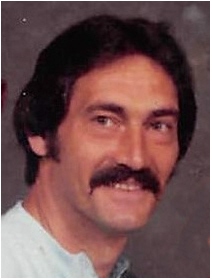 He was born October 5, 1949 in Floyd Co., Kentucky to the late Reed Howell and Sally Grace (Gibson) Howell Armstrong. In addition to his parents, he is preceded in death by his son, James Russell Nichols.

Skip was a mail carrier for the United States Post Office.  He was a veteran of the United States Army and he fought in the Vietnam War. He attended the Okalona Baptist Church. Before he became ill, Skip was an avid outdoorsman who enjoyed fishing and hunting. He also enjoyed collecting coins, baseball cards, and watching sports. Skip loved his family and spending time with them. But above all things, he loved Jesus Christ most of all.

Surviving family include his wife, Betty Lue (Hill) Howell; a son, Gary Reed Howell, Jr., both of Nancy, Kentucky; brothers, Bill Howell of Texas and Larry Howell of Ohio; and a sister, Lucy Thompson of Ohio.

Funeral services were held  Saturday, February 25, 2017 at 1:00 pm in the chapel of Pine Knot Funeral Home with Bro. Jason Moore officiating. Burial  was at the Hill Cemetery. The family received friends on Saturday after 11:00 am until time of services at the funeral home.

To order memorial trees or send flowers to the family in memory of Gary "Skip" Reed Howell, please visit our flower store.