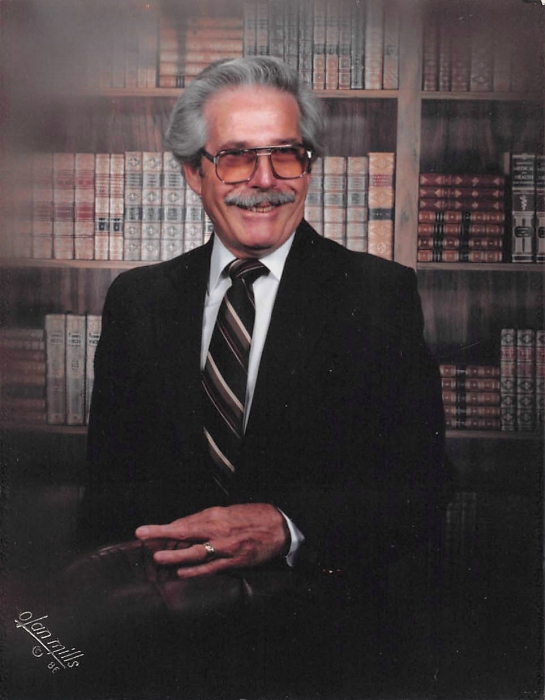 George was a proud WWII veteran who served in the navy in the South Pacific on the USS McGowan. On Jun 8, 1944 the McGowan was in the Marshall Island and in the thick of the war. George participated in some of the crucial military campaigns in the South Pacific. Included were the battles for the conquest of the Marianas Islands. A decisive victory over Japanese naval forces at Leyte Gulf left the US Navy in complete control of Philippine waters and paved the way for the eventual victory over the Japanese Empire itself. Because of his service on the USS McGowan he is entitled to wear the American Campaign Medal, the World War II Victory Medal, the Asiatic-Pacific Campaign Medal with  seven stars and the Philippine Liberation Medal with two stars.
After the war he returned home and married Mary Helen Smith on March 7, 1946. They moved to Columbus Ohio in 1949 where he spend over 30 years in the Auto Body Repair trade. Retiring from Ed Potters Mercedes Benz as Body Shop Manager.
After he retired he and Mary returned to Kentucky where he became involved with the American Legion. He served as commander of Post 115 in Stearns from 1990 until 2000. As commander he received numerous Outstanding Achievement Awards.
In 2001 he was commissioned a Kentucky Colonel by then governor Paul E Patton. The commission of Kentucky Colonel is the highest title of honor bestowed by the Governor of Kentucky.
Many Thanks to the staff of Hospice of Lake Cumberland for their caring and consideration at this difficult time. In lieu of flowers the family asks donations be sent to Hospice of Lake Cumberland 100 Parkway Drive, Somerset Kentucky 42503 or donate on line at www.hospicelc.org

Funeral services will be held Thursday, March 22, 2018, at 1:00 p.m. in the chapel of Pine Knot Funeral Home with Bro. Tom Corder officiating .  Visitation will be on Thursday from 11:00 a.m. until time for services.

To order memorial trees or send flowers to the family in memory of GEORGE RICHARD HAMBY, please visit our flower store.