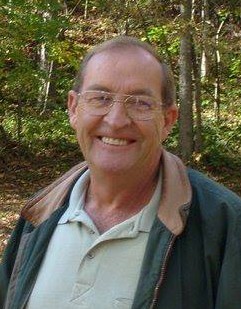 George Edgar Hayes, age 69, of Pine Knot, Kentucky, passed from this life on Wednesday, October 11, 2017, at the Jean Waddle Care Center at the Lake Cumberland Regional Hospital in Somerset, Kentucky.

Born April 7, 1948, in Pine Knot, he was the son of the late William and Flonnie (Barnett) Hayes.  Besides his parents, he is preceded in death by six brothers: Danny Hayes, Homer Hayes, Bruce Hayes, Harold Hayes, William Ray Hayes and Ronald Hayes and three sisters: Wanda Hayes, Mary Lou Hayes and Cosetta Ferguson.

George had been a roof bolter in the coal mines and enjoyed fishing, yard work and spending time with the grandchildren.

Funeral services will be held Saturday, October 14, 2017, at 1:00 p.m. in the chapel of Pine Knot Funeral Home with Bill Goodwin, Robert Hatfield and William Gilreath officiating.  Burial will follow at the T. Chitwood Cemetery.  Visitation will be Saturday from 11:00 a.m. until time for services at the funeral home.

To order memorial trees or send flowers to the family in memory of George Edgar Hayes, please visit our flower store.