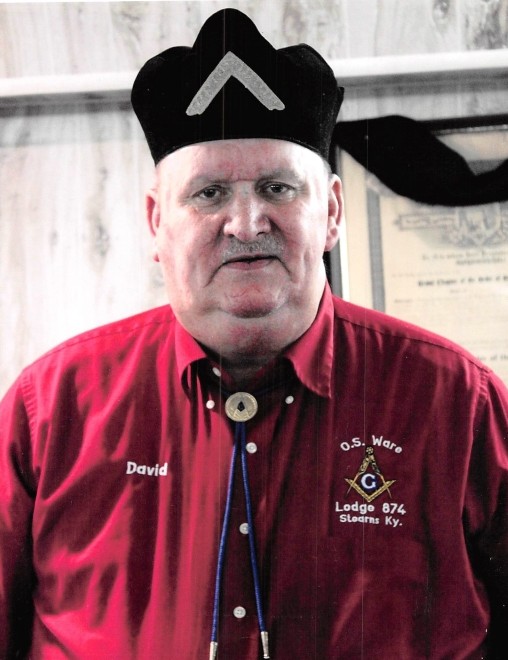 Glyn David Cordell age 69 of Strunk, Kentucky passed from this life on Thursday, May 27, 2021 at the Big South Fork Medical Center in Oneida, Tennessee.

He was born, February 23, 1952 in Grants Pass, Oregon to Aubrey Cordell and Rennie (Musgrove) Cordell. David was of the Baptist faith and a member of the O.S. Ware Lodge #874 in Stearns, Kentucky. He was also a member of the Eastern Star. David was self-employed and a UK Wildcat fan. When he wasn’t working, he enjoyed spending time with his family, especially his grandchildren.

Preceding him in death is his parents, Aubrey and Rennie, a son, James David Cordell, and brothers, Aubrey Cordell and Jack Cordell.

In keeping of David's wishes, he was cremated. A memorial gathering will be held on Friday, June 4, 2021 beginning at 6:00 pm until Masonic and Eastern Star services at 7:00 pm in the chapel of Pine Knot Funeral Home.

To order memorial trees or send flowers to the family in memory of Glyn David Cordell, please visit our flower store.