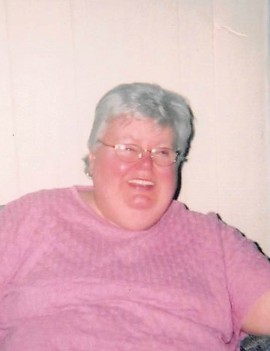 In keeping of Hazel's wishes, she was cremated. A memorial service will be held at a later date and she will be laid to rest in the Angel Cemetery.

Hazel was born on April 13, 1952 in McCreary County to the late James and Dorothy Davis. However, she was raised by her aunt and uncle, Ester and Arnold Ross from the age of 3 weeks old.

Surviving family include her cousin who loved and cared for Hazel like a sister, Shirley Young; a brother, Gene Davis (Sherry); and sisters, Bobbie Davis Perry (Donald) and Sharon Davis Ross (Roger). Also surviving are friends, Cindy, Carla, Johnny, Steve, Aaron, and a special friend, Debbie, who cared for Hazel through her sickness.

Hazel gave her heart to the Lord and was baptized in 1992. She loved life and spending time with her family during the holidays. We know that Hazel is gone home to live with the Lord and we will all miss her deeply.

To order memorial trees or send flowers to the family in memory of Hazel Diane Davis, please visit our flower store.