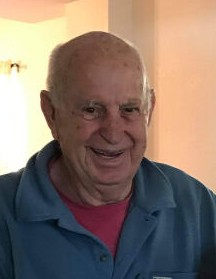 He was born April 9, 1933 in Hot Springs, North Carolina the son of Luther Herbert Thomas and Cora Della (Stephens) Thomas. Homer was a truck driver, member of the South Pine Knot Church of God and attended the Whitley City Church of God, and had served his Country in the US Army. He enjoyed fishing, traveling, auctions, hiking, boating, hunting ginseng, but he dearly loved driving his truck which he returned to driving 4 times after retirement.

Funeral services will be held on Tuesday, September 1, 2020  at 1:00 pm in the chapel of the Pine Knot Funeral Home. Burial will follow in the Kidd Cemetery on Rock Creek. The family will receive friends on Tuesday after 11:00 am until service time at the funeral home.

To order memorial trees or send flowers to the family in memory of Homer Herbert Thomas, please visit our flower store.