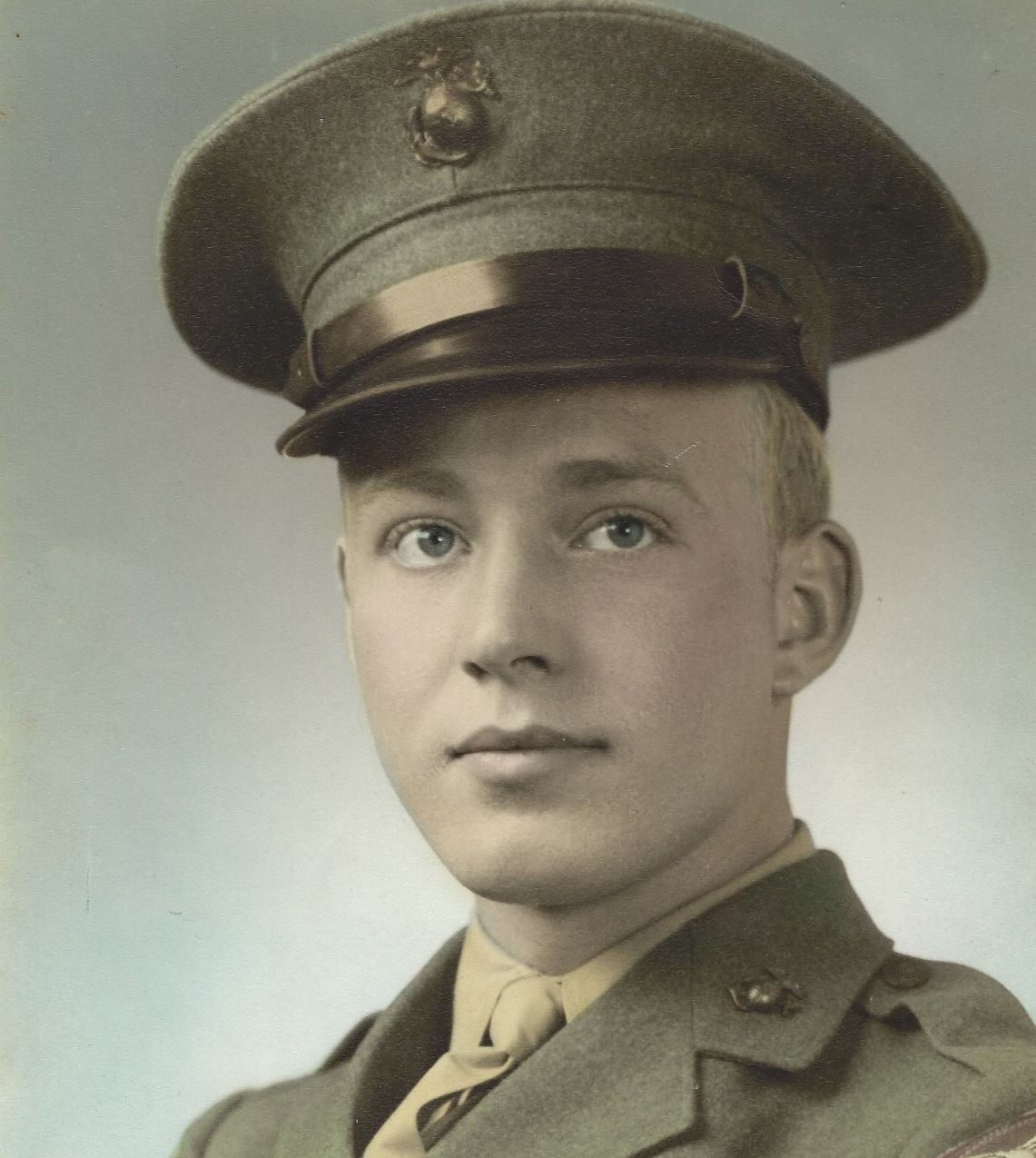 Howard Kennie Washam, age 94, of West Bend, Wisconsin, formerly of Pine Knot, Kentucky passed away peacefully on June 30, 2022 surrounded by his family at his home.

He was born to the late Noble Walter Washam and Bessie B (Chitwood) on November 27, 1927 in Stearns, Kentucky, in what was then known as the new town area.  In addition to his parents, he is preceded in death by his loving wife, Dorothy May (Blatti) whom he married on June 28, 1952 in Manhattan, IL; son, Stephen Howard Washam; grandson, baby Andrew Krebs Jr.; his brother, James Charles and sister, Lucille.

Howard lived in Stearns, KY until the age 18 and attended Stearns Independent Grade and High School. He was a member of the 1946 graduating class. After high school, Howard was a USMC, then worked for Stearns Lumber Co. in the Rock Creek, TN lumber camp. He left this area to attend Diesel Engineering School in St. Louis, MO.

In 1949 Caterpillar Tractor Co. in Peoria, IL, hired Howard.  This was the start of a 38-year career with Caterpillar. He advanced through various management positions in plants in Illinois, Wisconsin and Gosselies, Belgium. Howard retired in 1987 from the Milwaukee, WI Caterpillar Plant where he was the manufacturing manager.

After retiring Howard wanted to live where the winters were not as harsh as those in Illinois and Wisconsin. His parents’ little farm was available though it was far from their children and grandchildren. In 1987 they moved to the farm on Bethel Road in East Pine Knot. Howard found the four seasons of this area a delight. You could find him actively working in his wood working shop, spending pleasant hours in his orchard, keeping watch over his bees and making delicious wines in his little bee house. He enjoyed genealogy research, was a member of the Literacy Council, McCreary County Library Board of Trustees and the Genealogy/Historical Society. He was chairman of a group that brought about the Folklife Exhibit on display in Stearns. He was an active member of St. Jude Catholic Church and then of the Good Shepherd Catholic Church of Whitley City.

He was an intelligent, hard-working man who loved and always provided plentifully for his family. He enjoyed reading, nature and many hobbies. In his later years, his gentle spirit and love for his great grandchildren was a blessing to behold.

He will be greatly missed but we rejoice that we will be reunited with him again one day in paradise.

Precious in the sight of the Lord is the death of His Saints.

MAY HIS MEMORY BE ETERNAL.

To order memorial trees or send flowers to the family in memory of HOWARD KENNIE WASHAM, please visit our flower store.