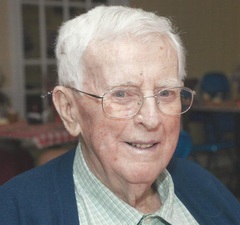 Preceded in death by his wife Gracie Perry after 67 years of marriage, she passed away on January 19, 2015.

Hoyatt was originally from Honeybee, Kentucky. He spent most of his working life as owner and manager of a Gulf Service Station and U-haul Dealership in Cincinnati, Ohio. He enjoyed his retirement years spending time with his grandchildren.

He will be forever in our hearts as we remember his loving care for each of his family members. Hoyatt was a member of the Madisonville/Mariemont/Madeira Masonic Lodge in Cincinnati, Ohio and a member of the Scottish Rite.

To order memorial trees or send flowers to the family in memory of Hoyatt Perry, please visit our flower store.