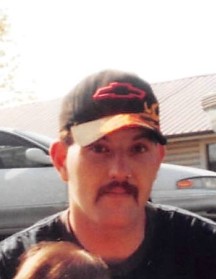 James “Jimmy” Lloyd Wilson, Jr. age 40 of Parkers Lake, Kentucky, passed from this life on Thursday, May 11, 2017 at the Lake Cumberland Regional Hospital.

He was born January 7, 1977 in Somerset, Kentucky to James Lloyd Wilson and Leota (Stevens) Wilson. Jimmy spent his life working as a mechanic, which he loved to do. He also enjoyed watching Westerns and caring for animals.

He is preceded in death by his grandparents, Joe Lee and Lela Stevens, Lloyd and Elsie Wilson; a father-in-law, Frank Walters, and nephew Joshua Adam Walters.

Funeral services will be held on Tuesday, May 16, 2017 at 1:00 pm with Bro. Larry Ellis officiating. Burial to follow in the Smith Cemetery at Round Top. The family will receive friends for visitation on Monday from 6:00 until 9:00 pm at the funeral home.

To order memorial trees or send flowers to the family in memory of James "Jimmy" Lloyd Wilson, II, please visit our flower store.