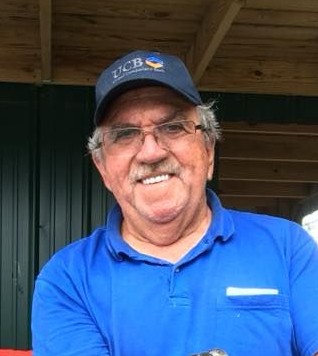 Jimmy Waters of Strunk, KY, widower of the late Maxine (Crabtree) Waters departed from this life to his heavenly home on October 8, 2021, at the Lake Cumberland Regional Hospital being 73 years and 4 months old. Jimmy was born June 2, 1948 in Blue Heron, Ky, to the late Henley and Lillie (Ledbetter) Waters.

Jimmy loved to sing; he started singing at the age of 3 in grade school. He gave his life to the Lord at 9 years old, and became a father to his only daughter at the age of 17. He attended Mid-America College of Funeral Service in Jeffersonville, Indiana to obtain his associates degree in Mortuary Science for Funeral Directing and Embalming. He won the highest award, The Bill Pierce Award at Mid-America College. He was a Member of East Apple Tree Church where he served as Deacon from 1983- 2018. He loved the Lord with all of his heart.

Jimmy pursued his passion for singing and recorded 5 CD’s that blessed many people.
He attended numerous benefit singings, served as Coroner of McCreary County for 4 years, and deputy Coroner since 1982. He has been a member of the Masonic Lodge since 1975.

Jimmy was a Kentucky Colonel bestowed upon him by the Commonwealth of Kentucky.
He was a CPR instructor for 30 years, and an EMT for McCreary County Ambulance service for 40 years. Jimmy was a member of Performing Arts and played a big role in many plays, including “Hee- Haw”. He also stared in the movie “Bitter Blood”. He had a huge source of pride when his family photos were displayed in The National Park at Blue Heron. He started working as a dual licensed Funeral Director and Embalmer at McCreary County Funeral home in 1993 and became Owner of McCreary County Funeral Home in 2002. He was also dual licensed in the State of Tennessee.

He had a true passion and love for serving his community. In 2014,Jimmy and his late wife
Maxine (Crabtree) Waters sold the McCreary County Funeral Home to Jim and Debbie Murphy. He loved his work, and the service he was able to provide to the community.
Jimmy had the biggest heart; he loved to laugh, he loved making others laugh and telling stories. After retiring he enjoyed the simple things in life; fishing, going out on his boat,
riding his side by side, and spending time with his family. He cherished being able to take his great- grandchildren to church on Sundays.

Funeral services will be held Monday, October 11, 2021, at 8:00 p.m. in the chapel of Pine Knot Funeral Home with Bro. Israel Clark and Dan Ridener officiating. The family will receive friends for visitation on Monday after 6:00 pm until service time. He will be laid to rest at the Angel Cemetery on Tuesday at 11:00 a.m.

To order memorial trees or send flowers to the family in memory of Jimmy Waters, please visit our flower store.