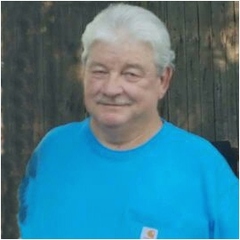 Kenneth (Kenny) Dillard Ross, 65, of Revelo, Kentucky, passed away Tuesday, July 19, 2016 at Lake Cumberland Regional Medical Center in Somerset, Kentucky, with family and friends by his side. The cause of death was heart failure.

Born February 3, 1951, in Whitley City, Kentucky, he is the son of the late Dillard Ross and Vonda (Griffith) Ross, the youngest of six.  He married Hannah Louise (Ryan) on October 2, 1971 who survives.

To order memorial trees or send flowers to the family in memory of KENNETH D. ROSS, please visit our flower store.