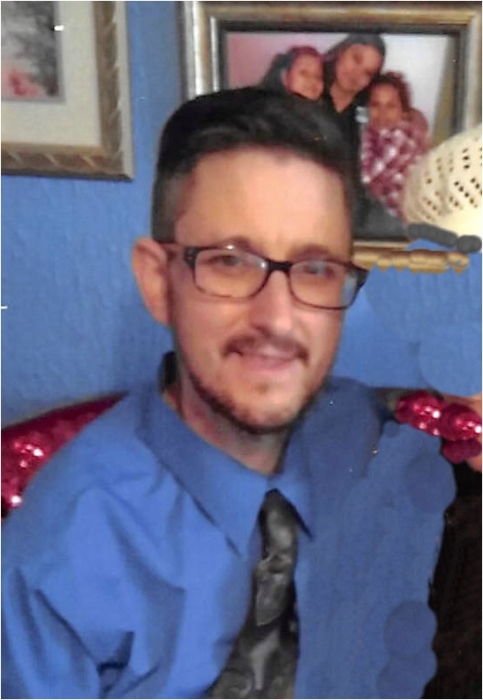 Kevin Emmanuel Jones age 32 years, 7 months, and 5 days of Stearns, Kentucky received Eternal Life in Christ on Wednesday, November 13, 2019 with his family by his side.

Kevin was born on April 8, 1987 in Somerset, Kentucky to Bro. Andrew “Andy” Jones and Mary Karen (Creekmore) Jones. He was a member of the New Hope Baptist Church in Stearns. Kevin was the life of the party, the sunshine in the day, and ever the comedian. He loved going camping, swimming, cutting and styling hair, but his favorite time was spent with his family serving his Lord and Savior, Jesus Christ, and listening to gospel music. God was his eternity. Kevin will be sadly missed, but we know that he is home, resting in God’s care. Because like Paul of the old, Kevin left his testimony to comfort us, “We are confident, I say, and willing rather to be absent from the body is to be present with the Lord.” Kevin fought the good fight, kept the faith, and God’s Grace carried him home.

A Going Home Service was held on Sunday, November 17, 2019 at 2:00 at the New Hope Baptist Church and was laid to rest in Pine Knot Cemetery beside his daddy. He was carried to his resting place by his family, Eric Ray Creekmore, Isaiah Mayes, Christian Anderson, Josh Privett, Chris Privett, Matthew Clark, and James Creekmore.

The family would like to extend a very special thank you to the 6 – West Staff of the University of Kentucky Hospital, Kayla, Amanda, Autumn, Bethany, and the two Katies; to Kathy Hollon for the many times you stepped up to donate medical supplies that Kevin needed; to Eula Meadows for the heart full of love and support you’ve shown Kevin and our family through life; and to all who prayed and visited Kevin during his illness.

In lieu of flowers, the family has requested that donations be made to the funeral home to assist with funeral expense (PO Box 550 Pine Knot, KY 42635).

To order memorial trees or send flowers to the family in memory of KEVIN EMMANUAL JONES, please visit our flower store.