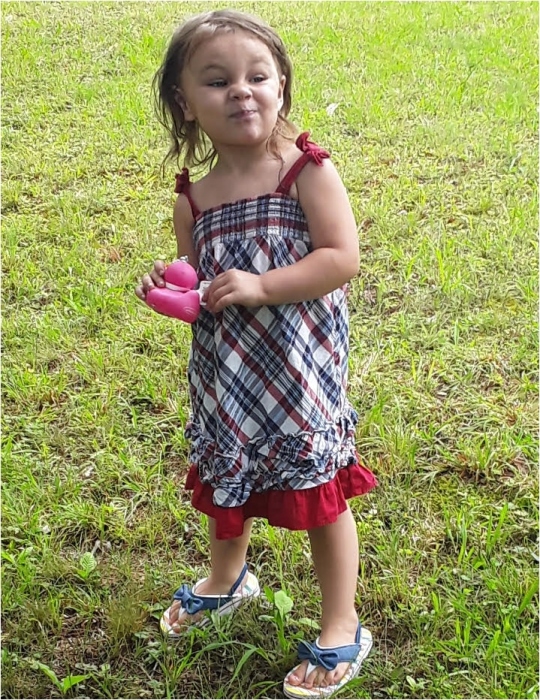 Kimber was proceeded in death by her grandmother Kimberly Collins and her aunt Tana Hayes as well as other family members who met her at the gates of heaven.

Kimber had a big family, both the Collins side and Hayes side, all who love and miss her so.  Her life, though short, touched many.  This world was not worthy of her.  Her family asks that part of her legacy be a reminder of just how fragile life is.  Let our loss become part of your conscience.  Be careful who you entrust your children’s lives with.  We pray for justice for Kimber Leah Collins.

Funeral services will be held at 12:00 noon on Sunday, September 1, 2019, in the chapel of Pine Knot Funeral Home with Bro. Billy Michael Collins officiating.  She will be laid to rest at the Stinson Hayes Sullivan Cemetery in Whitley County, Kentucky.  Visitation will be Saturday evening from 6:00 – 9:00 p.m.

To order memorial trees or send flowers to the family in memory of KIMBER LEAH COLLINS, please visit our flower store.