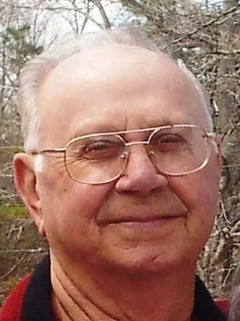 Lawrence Tucker passed from this life into eternal rest on Saturday, December 26, 2015, at his home in Whitley City, Kentucky, with family by his side.  He was 78 years old.

Born March 14, 1937, and raised in Delta, Kentucky, he was the son of Charlie and Eliza (Morrow) Tucker. He is proceeded in death by Charlie and Eliza Tucker, his brothers, Delbert, Oscar, George, Arnold and Robert Tucker.

Lawrence retired from Bob’s Speedometer Shop in Cincinnati, Oh. He enjoyed attending church, fishing, hunting, spending time with his family, watching UK basketball, Cincinnati Reds baseball, playing his guitar, singing, and gardening. He was a faithful member of Second Baptist Church in Whitley City, Ky. His passing leaves us sad and sorrowful, but his presence with his Savior gives joy everlasting.

Funeral services will be held at 2:00 p.m. Tuesday, December 29, 2015,  in the chapel of Pine Knot Funeral Home with burial to follow at the McCreary Memorial Gardens.  The family will receive friends Tuesday from 12:00 noon until time for services at the funeral home.

To order memorial trees or send flowers to the family in memory of LAWRENCE TUCKER, please visit our flower store.