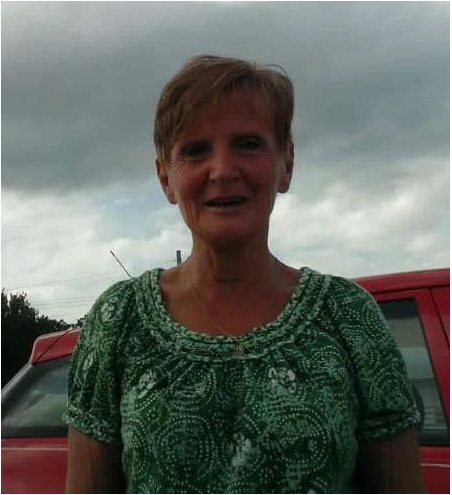 She was born in Pine Knot, Kentucky, on August 31, 1951, to the late Cress and Evelyn (Manning) Boyatt.  Besides her parents, she is preceded in death by her husband, Manuel Jones, a brother, Robert Watson and two great-grandchildren.

Christine was a homemaker and member of the Sulphur Springs Baptist Church.  She had previously worked as a cook at the McCreary Health and Rehab Center, and had worked at LeSportsac and ABC Manufacturing.

She enjoyed the outdoors in the son and being at the beach.  She loved her flowers and enjoyed spending time with her grandchildren and great grandchildren.

Funeral services will be held Tuesday, March 6, 2018, at 1:00 p.m. in the chapel of Pine Knot Funeral Home with Bro. Rick Wilson officiating.  Burial will be at the Musgrove Cemetery.  Visitation will be Tuesday from 11:00 a.m. until funeral time.

To order memorial trees or send flowers to the family in memory of LENNA CHRISTENE JONES, please visit our flower store.