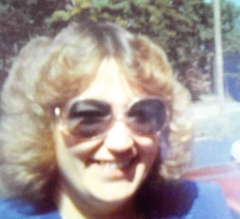 She was born in Scott County, Tennessee, on March 14, 1961, the daughter of Clifford and Nora (Cox) Terry.  She is preceded in death by her parents and a sister,  Ann Gail Stewart.

Mrs. Winchester had worked as a cashier and factory worker for Heritage Fabric in Mt. Vernon, Kentucky.  She was a member of the New Life House of Worship in Crab Orchard, Kentucky.

Funeral services: Wednesday November 11, 2015 at 2:00pm in the chapel of the Pine Knot Funeral Home

Burial  at the Angel Cemetery

Visitation Wednesday November 11, 2015 at 12 noon at the funeral home.

To order memorial trees or send flowers to the family in memory of Lettie Darlene Winchester, please visit our flower store.