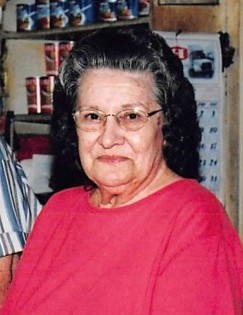 She was born in Strunk, Kentucky on November 6, 1931 to the late Wilburn “Red” Miller and Alsie Wright Miller.

Toots was a member of the Silerville Baptist Church for over 60 years. She enjoyed gardening, working with her flowers, and crocheting. Toots, along with her husband, Dick Wilson, were well known in the community for Wilson’s Grocery and their famous bologna sandwiches. Toots grew up working in her father’s store and continued the tradition for over 65 years. She was family oriented and enjoyed spending her Sunday afternoons cooking and making memories with her family.

To order memorial trees or send flowers to the family in memory of Lucy "Toots" Pauline Wilson, please visit our flower store.