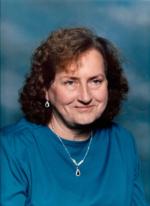 Funeral services will be held Tuesday, November 30, 2010 at 2:00 p.m. in the chapel of Pine Knot Funeral Home with Rev. Harold Rollins and Rev. Johnny Perry officiating. Burial will be at the Jones Cemetery in Strunk. The family will receive friends Monday from 6 a€" 9 p.m.

Born April 17, 1940, in Allardt, Tennessee, she was the daughter of the late Bert Mansfield and Rachel Lois Strunk Dishman. She is also preceded in death by her first husband Theodore Duncan who died in 1980, and second husband Chester King who passed away in 2000, one son Jeff Wilson and a foster son Timothy Bowlin,

Mrs. King had been a cook at the Blue Heron Restaurant and was a member of the Silerville Baptist Church. Most of her life was spent as caregiver for her family and friends which she enjoyed immensely. She also enjoyed her flowers and gardening.

To order memorial trees or send flowers to the family in memory of MAMIE DUNCAN KING, please visit our flower store.