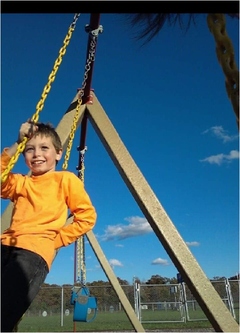 Marcus was born on August 20, 2005, in Oneida, Tennessee, the son of Sue Tucker and Scott Tennyson.  He is preceded in death by grandparents Ken and Carol Tucker and Cindy Tennysen.

His mother Sue Tucker of Whitley City survives as well as his father Scott Tennyson of Franlin, Ohio, a brother Jeremy Stephens of Ohio and Hannah Tucker of Whitley City, his grandfather and step-grandmother Don and Jenny Tennyson of Ohio, and grandmother Christine Hanson and his birth mother Brittany Schwatrz. He has many aunts, uncles and cousins and special nieces Xadriana and Aspen.  Also, Chasity Ross and Courtney Taylor were like his sisters.

Marcus was a fourth grade student at the Whitley City Elementary School.  He was a skateboarder and enjoyed building skateboard ramps.  He liked to swim and go on motorcycle rides with his dad.  He enjoyed being outdoors and loved animals.

Sue would like to thank Brittany (Marcus’s mother) for the gift she gave her.  He loved his mother Brittany very much.

Funeral services will be Sunday, November 22, 2015, at 2:00 p.m. in the chapel of Pine Knot Funeral Home with Stuart Shepherd officiating.  Burial will be at the Whitley City Church of God Cemetery.  Visitation will be Sunday from 12:00 noon until time for services.

To order memorial trees or send flowers to the family in memory of MARCUS BLAKE TUCKER, please visit our flower store.