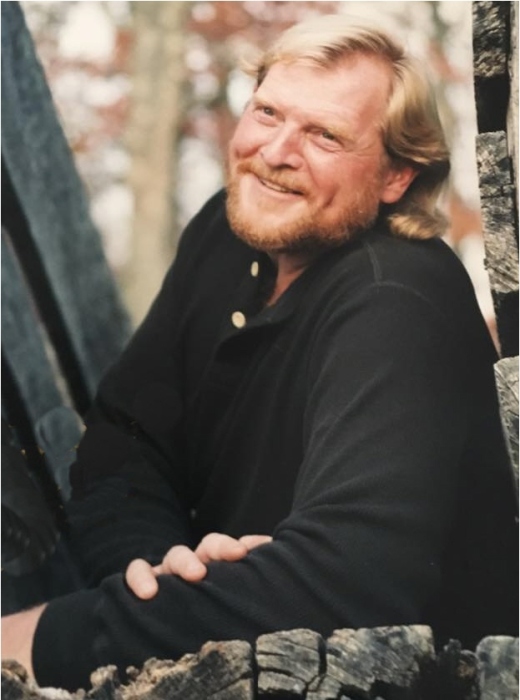 Neil Wayne “Doc” Aldredge, age 65, of Oneida, Tennessee, passed from this life on April 4, 2017. It was a beautiful, warm spring evening when he ended his fight with lung cancer.

Born July 11, 1951, in Wilmington, Ohio, he was the son of the late James “Jack” Richard and Wilma Jean (Engle) Aldredge.

Surviving family include his cherished wife of 32 years, Karen Gayle (Carroll) Aldredge whom he married December 22, 1984, at Cumberland Falls State Park. Neil was father to two treasured daughters, and father-in-law to their dear spouses: Miranda Keeton (husband Ryan) of Oneida, Tennessee and Erica Spiva (husband Brett) of Knoxville, Tennessee, and was an adored ‘Poppy’ to five precious grandchildren: Madi, Caroline, and Abby Keeton, and Eva and Isaac Spiva, who all still think he hung the moon. He was also ‘American Dad’ to two “daughters of his heart,” Lena Müller of Berlin, Germany, and Vanessa Celulari of Florianopolis, Brasil.

Neil served his country in the United States Army from June 1971 thru May 1974, during the Vietnam War. He served as a veterinary technician, which well suited his love of animals. He helped build an orphanage while serving in Korea, where he also received his orders to Vietnam. He would never set foot in country, however, as he was discharged before those orders began.

A serious back injury introduced him to chiropractic and quickly ended his pursuit of becoming a veterinarian. He graduated from Palmer Chiropractic College in Davenport, Iowa on December 15, 1979. Neil was a beloved Doctor of Chiropractic and owned and operated his practice – Chiropractic Health Services, in Oneida from 1992-2017.  He took the greatest pride in helping his patients, and when asked, was known to say, “I’m not going to ‘work,’ I’m going to see patients.” When his children were young he regularly volunteered his time as team doctor for many school athletic teams. In the short time Neil was not practicing at the end of his life, he missed his patients immensely.

He was a lover of all animals, and while he treated a variety of animals over the years, he was trained as an equine chiropractor. He helped horses recover from injuries and aches, and return to showing, working, and being enjoyed again by their owners.

He was a member and elder of the First Presbyterian Church in Huntsville, Tennessee.

He was a beautiful storyteller, emphasized by his excellent speaking voice. Whether he was reading a children’s book or narrating the Christmas Cantata, his audience received his very best. He was also an avid reader, and if the Oneida Public Library is missing any books, they should consider looking through his things. He rarely attended a dinner or event without a book in hand, much to the chagrin of his company, and was known to read several different books at the same time.  He was clever and quick-witted, creative and had a special way with words. He was fast to offer help, and slow to ask for it.

He was exceptionally knowledgeable in many things, and at one point served as an adjunct professor of Anatomy at Roane State Community College. His lectures, professional and otherwise, will be deeply missed.

To say Neil was a nature lover is an understatement. He greatly enjoyed the peace of the outdoors, hiking, landscaping, and gardening. At its peak, his home garden rivaled those highlighted in magazines featuring homes and gardens and the like. He had many special pets over the years, especially dogs Stryder and Kody, and raccoon Chatter. Most recently his affections were devoted to dogs Floyd, Lizzy, and Sophie, many koi and goldfish at home and at his office, and Mama Cat.

He was loved and respected by all who knew him, and to simply say he will be missed is vastly inadequate. He leaves behind a legacy of hard work, generosity, kindness, and most importantly, love.

His most cherished pastime was spending time with his grandchildren. He seldom missed a sporting event, recital, or other event they were involved in.

Funeral services will be held at 2:00 p.m., Saturday, April 8, 2017, at the First Presbyterian Church in Huntsville, Tennessee.

Interment will be at the Pine Knot Cemetery in Pine Knot, Kentucky

To order memorial trees or send flowers to the family in memory of NEIL WAYNE ALDREDGE, please visit our flower store.