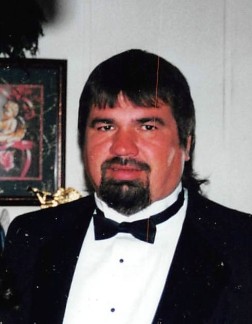 He was born September 26, 1962 in Oak Ridge, Tennessee to the late Cecil Hall and Flora (Pennington) Hall. Besides his parents, he is preceded in death by 5 special angels in Heaven, a brother, Omar Hall, and sisters, Cecil Jean Hall, Janelle Lay, Elsie Massengale, and Fayrene Goad.

Surviving family include his wife, Tracy Lynn (Honeycutt) Hall whom he married, May 20, 2000; sons, Paul Junior Hall II (and Julia) of Winfield, Tennessee and Hunter Ryan Hall of Oneida; a daughter, Patricia Young of Oneida; special nieces whom Paul raised as his own daughters, Amanda Watson of Oneida and Angel Watson of Whitley City, Kentucky; and grandchildren, Austin and Stephen Young and Emily and Tenley Hall.

Paul was a happy man who lived life to the fullest. He enjoyed trading vehicles, watching wrestling, and riding four-wheelers and motorcycles.  But above all things, Paul loved nothing more than spending time with his family, especially his children and grandchildren.

Funeral service will be held on Monday, June 17, 2019 at 2:00 pm in the chapel of Pine Knot Funeral Home. Burial is to follow in the Newport Cemetery in Robbins, Tennessee. The family will receive friends for visitation on Monday after 12:00 noon until service time.

To order memorial trees or send flowers to the family in memory of Paul Junior Hall, please visit our flower store.