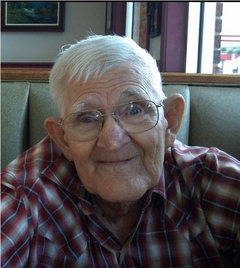 He was born January 27, 1927, in McCreary County, Kentucky, the son of the late Robert Nicholas and Rosa Rebecca (King) Wilson.  Besides his parents, he is preceded in death by his brothers: Emby Wilson and Columbus Wilson and his sisters: Flora Roberts, Mittie Anderson, Aliene King, Wilda Wilson as well as two infant sisters.

Raymond was retired from Tibbals Flooring Company having worked there for more than 20 years.  He also worked in the log woods.  He was a member of the 2nd Otter Creek United Baptist Church.

Burial at the Kingtown Cemetery

To order memorial trees or send flowers to the family in memory of RAYMOND M. WILSON, please visit our flower store.