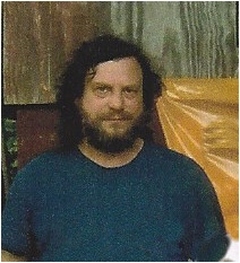 Funeral services were held Friday, August 22, at 2:00 p.m. in the chapel of Pine Knot Funeral Home with Rev. Harold Rollins officiating.  Burial was at the Marlar Cemetery in Parkers Lake.

Ricky was born in Shelby County, Ohio, on January 21, 1962, to the late Ozas and Dora Dean (Rollins) Bennett.  Besides his father, he is preceded in death by his wife Angela (Gibson) Bennett, and a daughter Angel Vanover.

Ricky had worked as a night watchman and custodian at the McCreary County Courthouse.  He enjoyed four-wheeling, boating, collecting antiques and sight-seeing in the great outdoors.

To order memorial trees or send flowers to the family in memory of RICKY EDWARD BENNETT, please visit our flower store.