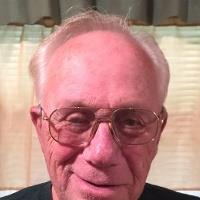 Ronald Hursong age 77 of Brookville, was born on November 10, 1941 in Cincinnati, OH, a son to Elrow and Louis Schroll Hursong.  He served his country with the United States Air Force.  Ronald later married Bonnie Duncan on September 26, 1980.  He worked for Avon Products for 31 years as an Ace Mechanic.  Ronald enjoyed making custom knives and spending evenings down at the Brookville Conservation Club.  On September 3, 2019, at the age of 77, Ronald passed away at Our Hospice of South Central Indiana in Columbus.

In keeping of Ron's wishes, cremation was chosen. A memorial service will be held at graveside on Saturday, November 8, 2019 at 1:00 pm at the Hickman Cemetery in Stearns, Kentucky.

Memorial contributions can be directed to Our Hospice of South Central Indiana, 2626 17th Street, Columbus, IN 47201.

To order memorial trees or send flowers to the family in memory of Ronald A Hursong, please visit our flower store.