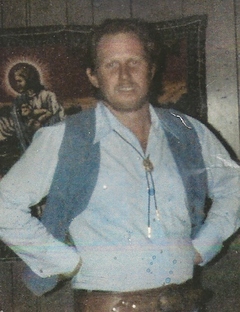 Ronnie was a logger by trade and really enjoyed being in the woods.  He was a member of the Mt. Pleasant United Baptist Church and he enjoyed watching westerns.

Burial at the Silerville Cemetery

To order memorial trees or send flowers to the family in memory of RONALD DEAN KING, please visit our flower store.