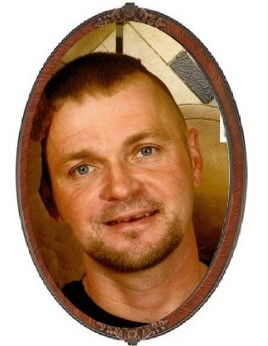 He was born on May 6, 1969 in Somerset, Kentucky to Foster Jones and Aileen (Stephens) Jones. His father, Foster, precedes him in death.

Ronnie was a graduate of the McCreary Central High School and had attended the Somerset Community College. He went on to receive a welding degree from the Tennessee College of Applied Technology. Ronnie was currently employed by East Kentucky Power and had previously been employed by the McCreary County Water District, DRW Trucking, Pine Knot Lumber, and Price Backhoe service.

Ronnie was a member of the Whitley City Church of God.  He married his wife, Emily (Heath) Jones on October 19, 1996. They were looking forward to celebrating their 21st year of marriage that brought forth 3 children. Ronnie loved his wife and children dearly.

Ronnie will be remembered by his loving wife, Emily, and their children, Jeremiah, Rebekah, and Jacob, of Pine Knot; his mother and step-father, Aileen & Gene Daugherty of Whitley City; a sister, Debbie Sumner and husband, Scott, of Pine Knot; a brother, Skip Jones and wife, Angie, of Winfield, Tennessee; mother and father-in-law, Lonnie and Reba Heath of Stearns; sisters-in-law, Angela Loudermilk and husband, Bryson, also of Stearns, and Stephanie Sumner and husband, Mark, of Whitley City; and a host of nieces and nephews, Eleshia Sumner, Ali, Alea, Alexea, Alex, and AJ Jones, Taylor and Tyler Sumner, Noah, Daniel, and Megan Loudermilk.

Ronnie enjoyed spending his spare time with his family and worshipping God. Ronnie loved his family and the traditions they have shared over the years. He believed that if you had a problem, “put it in God’s hands. It would be alright”. He leaves a host of friends that will also miss him dearly.

To order memorial trees or send flowers to the family in memory of Ronnie Wayne Jones, please visit our flower store.