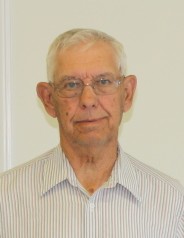 Thomas had been a heavy equipment operator having worked for D.H. Campbell, Inc.  He operated a dozer for some 35 years.  He was a faithful member of the East Pine Knot Tabernacle Church of God.  He liked to hunt and enjoyed playing horseshoes.  He really enjoyed traveling all over the country.

He was born in Scott County, Tennessee, on April 23, 1936, to the late T. F. and Laura (Neal) Laxton.  Besides his parents, he is preceded in death by his wife, Stella Stephens Laxton, two sons: Thomas Laxton, Jr. and Troy Laxton, two sisters: Christine Chitwood and Norma Jean Meadows and a grandchild, Dennis Wayne Richmond, Jr.

To order memorial trees or send flowers to the family in memory of THOMAS O. LAXTON, please visit our flower store.