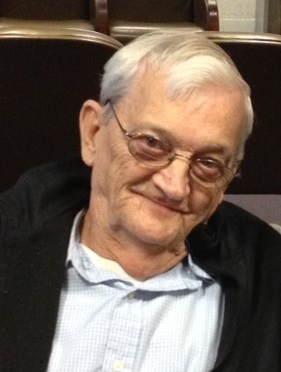 Walter Ray Thomas, age 78 of the Grave Hill Community in Oneida, passed away June 13, 2017 at University of Tennessee Medical Center.

Ray had worked hard all his life; while supporting his three children. He retired from Hartco Flooring (Armstrong) after 30 plus years of service.  He also worked at Plateau Hatchery, Ed Akers Cash Store, Jellico Grocery, and Arvin Industries. Ray was a graduate of Oneida High School Class of 1956.  He enjoyed going to auctions and flea markets. He loved the Lord and was a member of the Grave Hill Church.  One of his greatest joys was visiting and fellowship at other churches. He would attend different revivals throughout Tennessee and Kentucky.  Ray spent his childhood and much of his adulthood farming in the Grave Hill Community; which earned him the nickname of “Farmer” by his friends and co-workers.  He loved all his grandkids who called him “Papaw Farmer”.

He is survived by his children Greg and Lisa (Boyatt) Thomas, Connie Thomas, and Evie Thomas all of Oneida; grandchildren: Michael Hamilton and girlfriend Tiffany, Rachael Thomas, and Hunter Thomas all of Oneida; great-grandchildren Blaze and Kambri; sisters: Alberta Collier of Arizona and Alma Laxton of Oneida; his twin brother, Roy Thomas and his wife Celia Joy (Reed) Thomas of Oneida; special great-uncle, John Marion Thomas; special friends: Rick Goodman and family and Clara Watters and family. He also leaves behind many nieces, nephews, other relatives, and friends.

Friends may visit with the Thomas family on Friday, June 16, 2017 from 5 p.m. until time of the funeral service at 8 p.m. in the chapel of West-Murley Funeral Home.  Music will be provided by Lori Marcum and Denny Neal.

In-lieu-of flowers, the family requests donations be made to:

To order memorial trees or send flowers to the family in memory of Walter Ray Thomas, please visit our flower store.